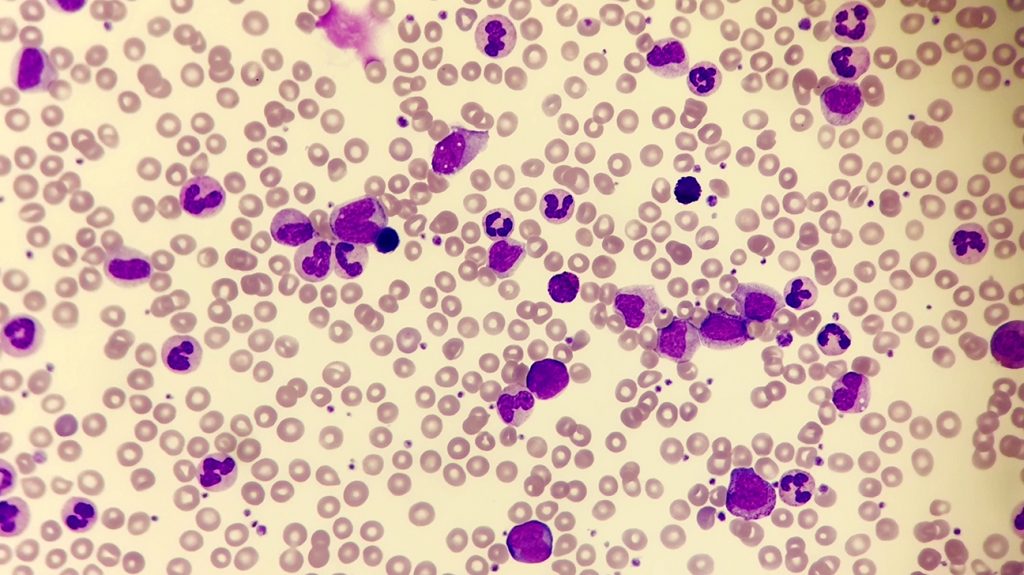 Chronic myelocytic leukemia (CML) is also known as chronic myeloid leukemia, chronic myelogenous leukemia and chronic granulocytic leukemia -As with other types of leukemias CML is a disease which converts white blood cells into cancerous cells (cancer). However, a defining characteristic with CML is that white blood cells (WBC) do not go down with the progression of the disease. A patient with CML usually has normal WBC counts.

Although nobody knows for sure there are some risk factors associated with the disease. Exposure to radiation is one of those factors. Age is another risk factoirs since this disease is more prevalent between the ages of 40 and 60. There is also a genetic component to it. The formation of the Philadelphia chromosome is known to cause CML. A Philadelphia chromosome is formed when two normal chromosomes translocate into a single one. Its incidence is 1-2 per 100,000 people. Men are more affected than women.

The problem with CML is that patients do not develop symptoms until the disease has advanced quite a bit. The following are signs and symptoms experienced by patients with CML: fatigue, weakness, fever, loss of appetite, sweats, paleness. As you can see this signs and symptoms are common to many diseases. One thing that occurs with people with CML is that their spleen becomes enlarged as the disease progresses.

The disease is divided in three pases: chronic, accelerated, and blast phases. In the chronic phase patient remain asymptomatic and may experience some fatigue. WBCs count may be normal. Criteria for the definition of the accelerated phase are various and may include certain specific values for certain WBCs. The accelerated phase is significant because it means the disease has progressed and a blast crisis is imminent. In the Blast crisis phase the disease advances rapidly and survival is very short.

Chemotherapy, anti-cancer drugs, and radiotherapy are the options to treat this disease although, unfortunately, CML is not curable. Drugs, such as imatinib, dasatinib, and nilotinib, are used as anti-cancer drugs. They inhibit the conversion of WBCs into cancerous cells. Anti-cancer drugs are used whern the disease is in the chronic phase.

Chemotherapy is used to kill already transformed WBCs. There are different ways to take chemotherapy drugs including orally and intramuscularly. Usually a combination of chemo and anti-cancer drugs is used to treat this disease. Radiation therapy is often also used for CML. Basically the cells are bombarded with high energy radiation that hopefully kill cancerous cells.

Bone marrow transplant is increasingly being used in relatively healthy patients. However, the procedure has its own risks associated.